Reflections of Guatemala
Costume and Life in the 19th Century

Reflections of Guatemala began with the discovery of Léonce Angrand´s delightful and finely excuses watercolours of Guatemalan costume and life, painted in the mid-1800s, while he was French Consul in Guatemala.  Published here, for the first time, Angrand´s rare and coloured illustrations form the core of this book.

Watercolours of Mayan dress sent by a Dominican friar to his Archbishop in 1813, contemporary travel accounts, fabric samples and archival documents on the Guatemalan textile industry are complemented by fascinating late 19th century photographs from the CIRMA Fototeca and other libraries.  These unseen strands of Guatemala cultural history are woven together to create a glimpse of nineteenth century Guatemalan life and dress.

Research into Angrand´s charming watercolours led to the ebullient Colonel Don Juan Galindo, who had begun writing a general history of Central America in the 1830s. Angrand acquired Galindo´s papers a decade after his death. So began our account of the “Colonel and the Consul”. Detailed micro histories of the towns visited by these two men offer intriguing insights into each locations, mostly around the Antigua valley

Reflections of Guatemala Costume and Life in the 19th Century 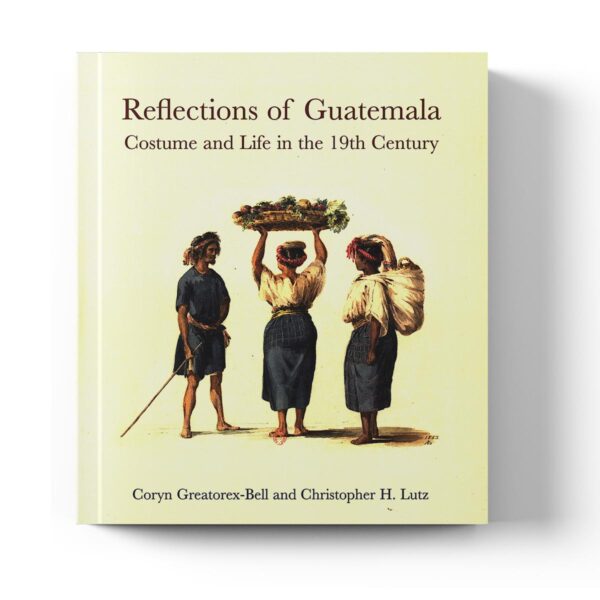